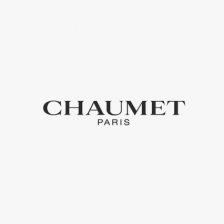 Chaumet was founded in 1780 by Marie-Etienne Nitot who with his son, Francois Regnault Nitot became the official jeweler to Napoleon during the Consulate and the Empire. Among their achievements were the Consular sword, the tiara of Pius VII and the grand parures ordered by the Empresses Josephine and Marie-Louise. After the fall of Napoleon, the business continued under the direction of Jean-Baptiste Fossin and his son, Jules, both artists, who succeeded in capturing the spirit of Romanticism in jewelry just as Nitot & Fils had done for the Empire. In 1848, Jules Fossin set up a London branch in partnership with J. V. Morel who was assisted by his son, Prosper. On his return to Paris in 1854, Prosper Morel joined Jules Fossin whom he succeeded in 1868. Prosper Morel’s daughter married Joseph Chaumet in 1875. Chaumet had begun his jewelry career at the age of fifteen, working in his parents’ jewelry shop in Bordeaux. Upon moving to Paris, he was hired by his future father-in-law. By 1885, he assumed management of the firm. In 1889, Chaumet took over the company, simultaneously changing the name. Under his direction, the firm won prizes at all of the international exhibitions, supplied jewelry to many of the Royal houses of Europe. In 1907, he moved the company to 12, Place Vendôme. He also opened boutiques in London, in 1905, and in New York in the 1920s. The latter closed in 1934 due to the Depression. In 1999, the firm was acquired by the luxury group LVMH.

chaumet pieces from the collection