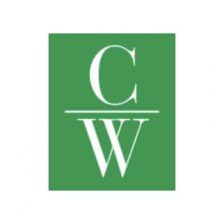 Descended from a notable line of activists, public servants and philanthropists, Christopher Walling is, in addition to his jewelry designing talents, “an erudite and thoroughly charming raconteur who leaves audiences enthralled.” Christopher has exhibited in museums from across America (in Honolulu alone more than a dozen times!) and private art-foundations in Istanbul (twice). His work is included in fifteen books about jewels and he has had a spectacular Abalone pearl named after him which was exhibited at the Smithsonian in Washington D.C. in the same gallery as the Hope Diamond. The American Museum Natural History (New York City) included numerous pieces by him in three of their exhibits (“Pearls!” “Diamonds!” and “Gold!”) which traveled around the world for up to six years. He did not go to art school but studied political science AND started working as a jeweler when he was eight years old!

walling pieces from the collection