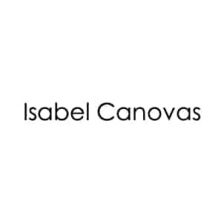 Isabel was born in Paris in 1945. Her Spanish father Blas Canovas was a couture textile designer, it’s not a surprise couture was in her DNA. Her career began as a designer for Christian Dior and Louis Vuitton from the early 1970’s to 1980, in 1982 when she opened her own luxury accessories company with three locations Paris, New York, and Madrid. For ten years she created limited series of fashion accessories which created a new standard and help mold European fashion, specially bijoux de fantaisie (costume jewelry). Her creations were whimsical, elaborate and constructed using the best materials France had to offer.

A true visionary, Isabel captured the attention of Vogue, Figaro Madame and The New York Times Magazine. Her revolutionary collections were inspired by her travels (Africa, Russia, Spain, and Venice) and also incorporated animals, fruit and vegetables, flowers and the circus. Unfortunately, after building an international clientele for ten years, Isabel closed her boutiques in the early 1990’s. Her vision and talent opened the doors to other designers such as; Maud Frizon, Paloma Picasso, Frances Patiky Stein, and Dominique Aurientis. Today, her pieces are highly collectible due to the scarcity, quality and craftsmanship. A bold French look, which makes women look French.

canovas pieces from the collection