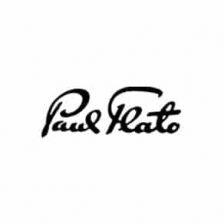 Paul Flato was born in 1900 in Flatonia, Texas. In the late 1920s, he opened his own shop at 1 East Fifty-Seventh Street in New York City, several years before Tiffany & Co. relocated to their current address just across the street. His design-oriented style, often bordering on the humorous, reached its peak in the 1930s. Adolph Kleaty, George Headley and Fulco di Verdura were among his designers. In 1937, Flato opened a branch in Beverly Hills, at 8657 Sunset Boulevard. This branch remained open for only two years, frequented by such luminaries as Greta Garbo, Joan Crawford, Merle Oberon, and Marlene Dietrich. In 1970 Flato left America, establishing a shop in Mexico City in the fashionable Zona Rosa district. He spent his last years in Dallas, Texas, where he passed away in July 1999.

flato pieces from the collection