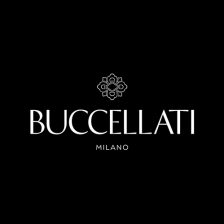 In 1903, Mario Buccellati began an apprenticeship in goldsmithing at Beltrami e Besnati in Milan and in 1909, he opened his first shop in Via Santa Margherita. In the following years, the fame of Buccellati jewels began to attract the attention of royalty all over the world. In 1925, he opened a shop in Rome, in Via dei Condotti followed in 1929 by one in Florence, in Via Tornabuoni, and it was in 1953 that a shop in New York opened. In 1965, the three sons of Mario, who were goldsmiths themselves, decided to create their own company: Federico Buccellati runs the shop in Rome and in Milan, in Via della Spiga. He continued his father’s activity by preserving all the ideas that had been instilled in him while they worked together. No matter what precious materials are employed, taste, beauty, and personalization are the prime factors when a Buccellati jewel is created. Production is carried out today by 70 Italian craftsmen. Six licenses have been set up in the Tokyo and Osaka area, a new distributor has opened up in Sidney and the foreign sales network is to be extended in the near future. The tradition is maintained by Federico and now by his children Lorenzo, Rodolfo, and Benedetta.

buccellati pieces from the collection